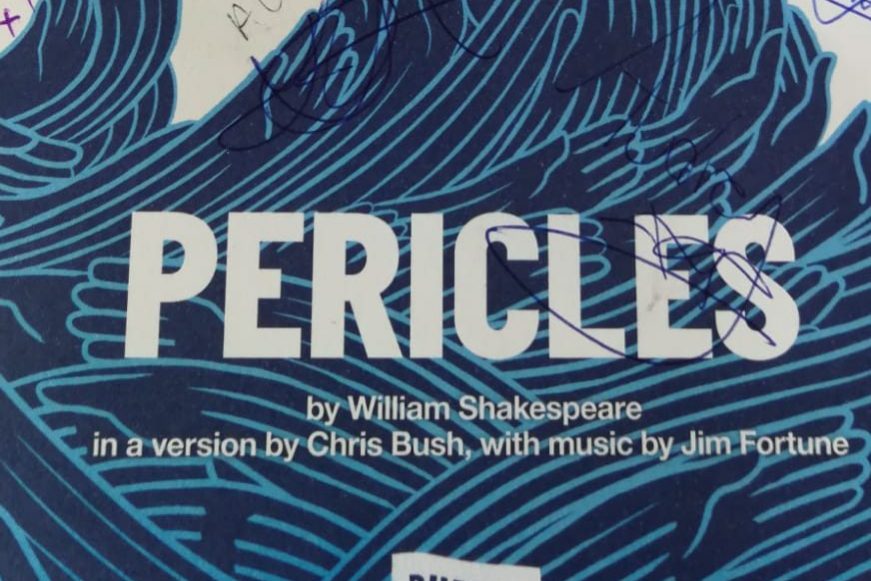 We are super-proud to announce that our squad, Manifest Nation, were special invited guests to perform at the National Theatre this week in an adaptation of Shakespeare’s Pericles. This is an unprecedented honour for our company and it took time to sink in!

Emily Lim, director of the project, came to see us at a training session, and was immediately hooked . Although we have a lot of talent at Manifest Nation, when someone from outside the community appreciates you, it resonates.

Asked to create a waacking-influenced piece, the guys workshopped a number of ideas and created a truly explosive piece. They adopted the role of a race they called ‘Thanetians’, who could be recognised by their gold outfits, regal mannerisms and hand gestures. The phrase ‘Thanetians’ was a take on our group’s training home, The Thanet.

It was an easy call to make!

Damien, with help from Angelika, created some work we had never explored in this way and the characterisation of our artists had to be on point.

Below is a program which Tinman attempted to get signed by several other guest groups including The London Bulgarian Choir, Acension Eagles Cheerleading team and Archetype Dance Company. The bulk of the cast was made up of non-professionals from around London. The heartbeat of this motivation was called Public Acts. Part of the magic of this production was working with such a diverse cast.

Pericles received 4 and 5 star reviews in a number of publications including:

We hope you will enjoy these images of the process, backstage and the performance. Look out for more MN projects across the year calendar!

From all of us here on planet Thanet, we wish you a golden day! #MNAllday