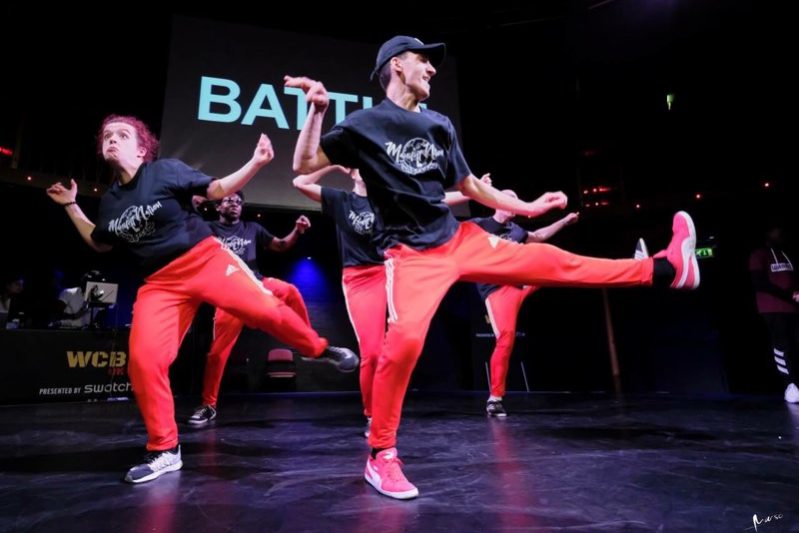 What is World Crew Battle?

In October 2017, some of our adult dancers from our professional company, Manifest Nation, competed at the World Crew Battle event in Deptford, London. This was the London heat, sponsored by Swatch, and was unlike any other event of recent time.

The winners of the event had the opportunity to represent the UK at the international finals in Berlin! Alex, Angelika, Francesc, Kadeem & Tru managed to make it to the final but were defeated by Rain Future Crew who went on to get to the finals in Berlin too. Props to them.

The squad received a ton of praise for their training and execution at the event. They were clearly more organised than everyone else and it showed! In the later stages of the event, though, battle inexperience began to show and collectively, some nerve was lost.

It’s important to critique our experiences whenever possible – it helps us to grow.

Please join us in applauding our squad for a job well done and stay connected to the Facebook page for updates on what’s happening next with them. French publication, Striter, reported that Manifest Nation were the only crew that came prepared effectively for the event.

We are crazy proud of our squad for their application to World Crew Battle, and a standard has been set. Our future dancers will have to bring the noise!